Interview with Joan Roca following the naming of El Celler de Can Roca as the world's best restaurant in 2013 by the British magazine Restaurant. 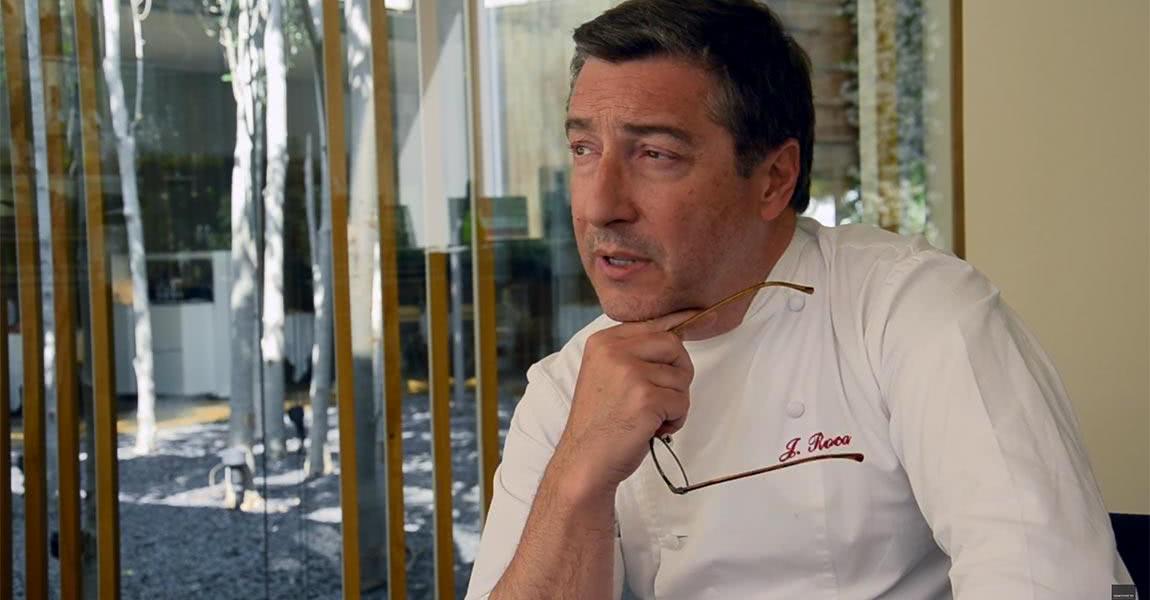 We have worked with Distform to develop MyChef, oven that offer maximum temperature precision and the possibility of cooking with or without sous-vide, exploring by cooking at lower temperatures

The TSC patent allows Distform ovens to be able to work with great precision thanks to its thermal stability without oscillations, thus offering us high cooking homogeneity

Is El Celler de Can Roca the world's best restaurant?

How do you end up owning a restaurant like El Celler de Can Roca?

To put it simply, through hard work, being committed to excellence, being nonconformist in some way, and also through creativity. El Celler de Can Roca is a restaurant that aims to evolve, that aims to make the people who come to eat at our restaurant happy, enthusiastic about having an enjoyable and new eating experience as far as is possible. Our formula would be: hard work and commitment.

Family ties have had - and continue to have - an important role at El Celler de Can Roca.

We are the third generation of a family dedicated to the restaurant trade. Our childhood was associated with and linked to a restaurant, our parents' restaurant. It was a very simple, humble restaurant where they worked very hard and there were no schedules: life took place around the restaurant. For this reason our family has supported us from the first moment we decided to open a small restaurant, El Celler de Can Roca, which opened in 1986 under the auspices of the family restaurant in a little house our parents had just bought. Family was very important because they gave us the space and allowed us to develop our idea. But above all it has been important because we have never lost these ties. There is a kind of umbilical cord that links us to the family but also to tradition, roots, memories, to what we are and where we came from.

Probably one of the unusual features of this establishment is the good fortune we have had in being three brothers who understand each other and have been able to articulate our project based on this triangle: Josep does the wines and restaurant floor. Jordi does deserts and I do the savory cooking. The triangle works well: understanding each other enables us to establish ourselves and constantly set creative challenges... Although what is most important is that the three of us are equally committed, recognized and represented. We are very lucky, especially in these challenging times, that there are three of us to attend to guests and maintain the concept of hospitality that we like to keep alive in our establishment. This triangle is more than just an unusual feature: I would say it is the most important aspect of El Celler de Can Roca, the fact that this is not a restaurant run by one chef but by three. Our creative concepts are transversal and can come from any of the three of us. Inspiration now comes from many more different starting points, and so our creative process is now more transversal than ever.

What did El Somni involve? What was the aim of this event?

El Somni is probably the clearest example of transversality at work. When we talk about transversality, we are referring to cuisine that engages in a dialogue with other disciplines. It can mean growing creatively, embarking on new routes, using new formulas, new ways of thinking or understanding the act of eating at a table, dress it up with new technologies or new inputs that can come from music, visual images, video art, or in general this dialogue with other art forms that can provide creative inputs and help us to grow, enrich us. This is the main aim of El Somni: it is simply an exercise in transversal creativity, enrichment, finding inspiration ... It does not aim to be anything more than this: it is not an attempt to change the restaurant world, or make grand gestures. Rather, it is simply about seeing what can come of this dialogue, whether it can generate a meal in which many things happen apart from the food and drink, and even analyze and reflect on the customer's skill for sensory perception... It is an exercise that is still open-ended: we are still working because we have gathered a lot of information on this first event, although the idea is to keep going, to hold more events, to make progress and keep exploring this fascinating world. 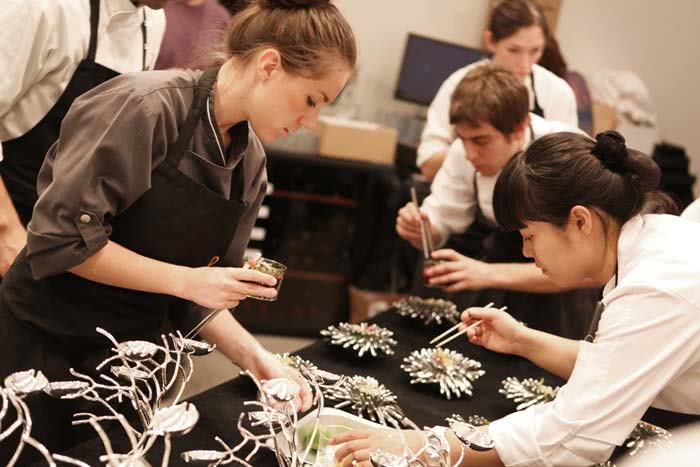 At El Celler de Can Roca you were pioneers in the standardization and dissemination of the use of sous-vide in cookery. Now you work with a broader concept, that of low-temperature cookery.

We began to work with low temperatures in around 1996-97, when we saw how important it was that the product is transformed through the cooking process in a less aggressive way. We started making use of sous-vide, a technique that has had, currently has and will have a great future because the results back up this idea of making the transition from raw to cooked in the gentlest way possible. So whether making use of sous-vide or not, the idea is to simply work with this concept of low temperatures, perhaps without the need for protecting the product with a bag, to be able to apply this idea of cooking in any case. This is why we have worked with Distform on the development of MyChef steam ovens offering a maximum temperature precision and the possibility of working with or without sous-vide, exploring all the options that this idea brings forth for cooking at lower temperatures. 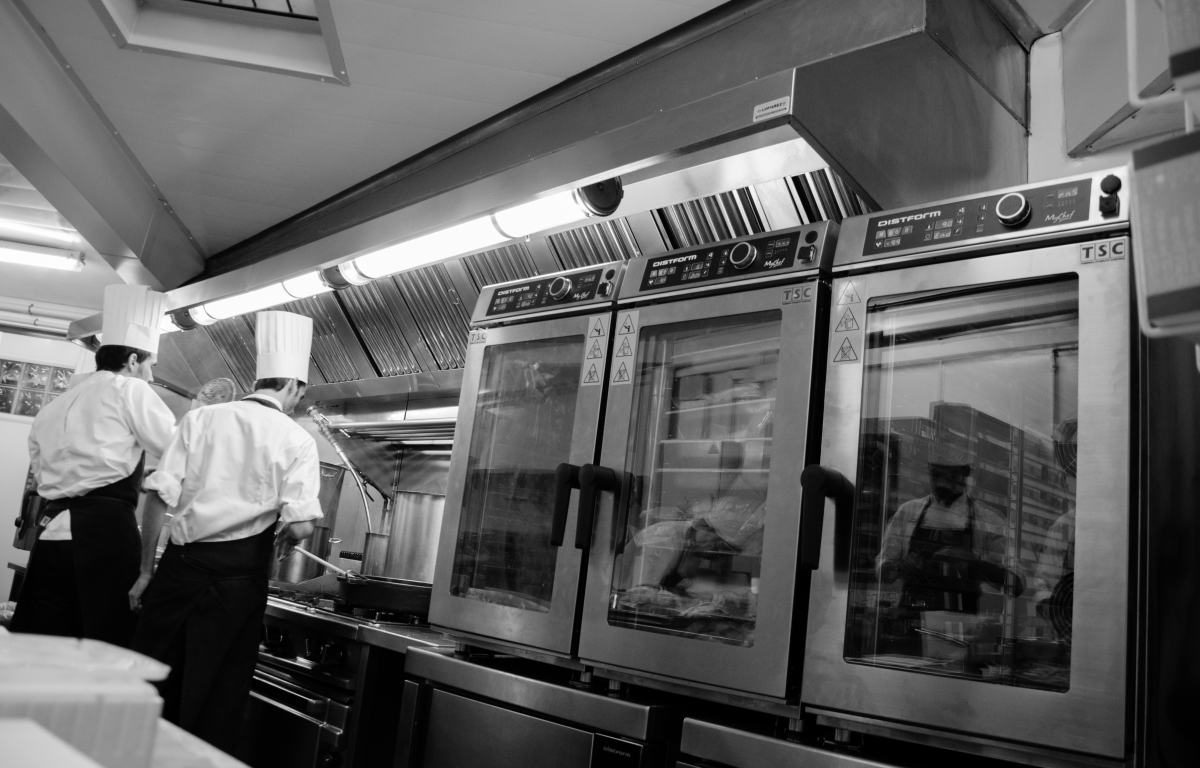 MyChef oven by Distform are working 24 hours a day at El Celler de Can Roca. The TSC patent gives them a unique precision for low-temperature cooking. What products do you mostly use them for?

We use them especially for meats cooked slowly at low temperatures. Meats that need time for their structure to be altered, meats that are already cooked slowly in traditional cuisine. We use our MyChef to tenderize their structures and obtain a much more interesting final texture, with less weight loss. It even allows us to achieve a more attractive color. The cooking times are long and the temperatures are low but the results are really worth it.

Some examples of what we're cooking with MyChef are beef cheeks, lamb breast, suckling pig, etc. We also use MyChef for suckling pig belly and rib racks, and chicken, especially for boneless thighs, which can be cooked for a longer time at low temperatures than breasts. Above all, MyChef allows us to use exact, precise temperatures with much longer cooking times than usual. 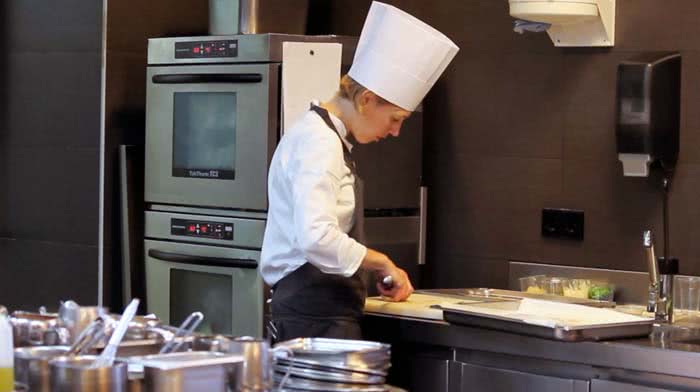 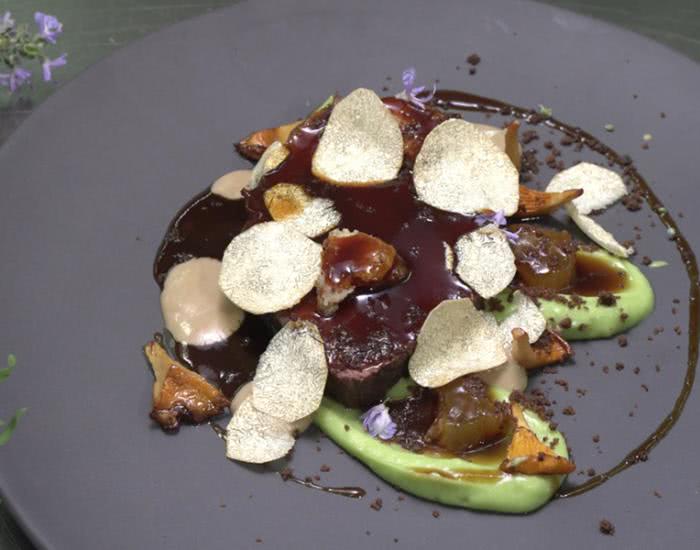